As the National Basketball Association prepares to tip off its 2020-21 season later this month, fans are still feeling the excitement of the historic season gone by. From LeBron James’s record-breaking accomplishments on the court to Adam Silver’s ingenuity in pulling off the “bubble” experiment at Walt Disney World Resort in Florida, a lot contributed to making the most recent NBA season one for the books.

However, when people talk about the NBA’s 2019-20 season in the future, what may stand out more than any game was the player-led movement in response to the murder of George Floyd and the Black Lives Matter movement.

Following the 8 minutes and 47 seconds that sent shockwaves through the United States’ collective moral consciousness, many corporations stepped up with both words and actions — some more impactful than others, to be sure. But the universal mandate for corporations to engage on social issues is real. It’s no longer OK for corporations to have a single, siloed corporate social responsibility officer. According to a 2019 survey conducted by Markstein and Certus Insights, 46% of consumers pay close attention to a brand’s social justice efforts before purchasing a product, and a whopping 70% of consumers want to know what the brands they support are actually doing to address social issues.

Three ingredients — a workforce that unites behind a vision, an executive who either has a vision of their own or makes an honest commitment to supporting their workforce’s vision, and an organizational value system that is built to implement and sustain that change — are absolutely essential for corporate social justice initiatives to stick. Without all three, efforts may be internally stymied.

Take Netflix as an example of an organization with a leader with an appetite for social justice impact and a vision for how the company can invest in racial inequity, but whose organizational culture — and a failure to address racial inequities within the organization itself — undermines its efforts. In June, Netflix CEO Reed Hastings donated $120 billion to historically Black colleges and universities. The company also launched a Black Lives Matter content stream on its platform and announced that it would move part of its $5 billion in cash to financial institutions that focus on Black communities. However, Netflix’s commitment to racial equity was significantly undermined when a judge allowed a lawsuit brought by comedian Mo’Nique alleging racial discrimination within the organization to move forward. Mo’Nique’s allegations of systemic racism within the organization were bolstered by similar claims from Jeremy Tardy, star of the show Dear White People, whose Twitter storm on the subject went viral.

On the flip side are organizations like Google, which has experienced worker-led movements for change, the most recent of which called on leadership to stop selling software to police. Google’s leadership has been criticized not only for failing to follow through on employee-led movements but also for retaliating against employees who advocate against the company’s interests. This position is especially incongruous for a company whose founders aimed to build equity (in some shape or form) into its fundamental values, famously adopting the principle “Don’t be evil.” This is an example of a company where leadership seems to be the ultimate bottleneck in achieving meaningful social justice impact.

The singular conditions of a sports league do not guarantee success when it comes to engaging on social justice issues. The National Football League, for example, has some structural levers of change in place, similar to those of the NBA: a commissioner with the power to act, and influential employees able to organize behind a vision in the form of the NFL Players Association. Democratic governance structures in place could, in theory, lend themselves to equitable outcomes, such as an attempt to balance decision-making power between team owners and the commissioner.

However, with a commissioner who lacks a vision for equity — particularly racial equity — and a players association that has struggled to find its voice, it’s not surprising that the NFL’s efforts to address racial inequity are perceived as hollow, at best. From its 2019 partnership with rapper Jay-Z to address a broad range of social justice issues to its statement and actions in response to the Black Lives Matter movement, the NFL’s attempts have been universally panned. Critics cite league commissioner Roger Goodell’s years-long antagonism to the movement sparked by Colin Kaepernick, in which players kneeled during the national anthem to protest racial injustice and police brutality, as evidence that the NFL’s engagement in racial justice issues is merely performative.

The NBA’s player-led response, however, has been the polar opposite of the NFL’s, resulting in immediate, real, measurable impact. The season began with players taking a knee during the anthem before each game and displaying social justice messages on the back of their jerseys. The league’s social justice efforts were further supercharged after the Milwaukee Bucks took the unprecedented decision to boycott Game 5 of their playoff series against the Orlando Magic in the wake of Jacob Blake’s shooting at the hands of police in nearby Kenosha, Wisconsin.

The boycott in and of itself was powerful, inspiring other teams to do the same in solidarity, but the impact that followed was even more far-reaching. In exchange for agreeing to resume the playoffs, the NBA players union negotiated the implementation of a substantial social justice program that included transforming empty basketball stadiums into voting sites for the 2020 election. The agreement also established a task force for increasing voter turnout, improving civic engagement, and advocating for causes such as ending police brutality. In addition, the NBA agreed to dedicate certain advertising slots to promote voter participation.

Not only are the impacts of the NBA’s social justice commitments already being felt, (USA Today estimated that nearly 300,000 voters cast their ballots from one of the NBA arenas-turned-voting centers), but the NBA’s message was also seen as authentic by consumers, unlike the NFL’s.

The NBA’s success was made possible by three key factors. First, the league’s players — its workforce — collectively identified a way they could make a social justice impact and organized behind that specific vision. Player involvement was direct and personal, as 100 exhausted players gathered in a ballroom for a session facilitated by union president and Oklahoma City Thunder point guard Chris Paul.

Second, the league’s leadership fully bought into the vision for that change. NBA commissioner Adam Silver worked alongside players himself to identify the best path forward, penning a letter to league employees emphasizing that the league was “dedicated to driving the sustainable change that is long overdue.”

Third, and perhaps most important, the league’s imperfect yet effective system of checks and balances — composed of league executives, powerful owners, and one of the most powerful players unions in sports — lent itself to implementing and sustaining powerful changes. The added urgency of ending the boycott in order to resume the playoffs drove the unusually quick implementation of changes.

The NBA set a high standard for how corporations can effectively pursue social impact missions. Companies looking to replicate its road map for conducting brand advocacy might take the following steps:

It’s hard to get corporate social justice right, and the NBA is by no means perfect. But corporate America is better off trying to get it right proactively, rather than scrambling to react the next time a social justice crisis strikes. After all, as the old adage goes, you miss 100% of the shots you don’t take. 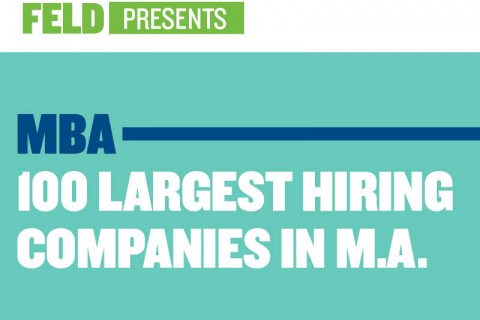